Mossbourne Sixth Form took part at this very prestigious event on Monday 21st November 2022 at The Grocers’ Hall hosted by The Worshipful Company of Grocers.  This year’s theme was “Financing the Future” where all teams were required to pitch to investors to raise up to £500,000 to create a youth-based business to support a sustainable future.  Our team consisted of six members of Year 12 who presented a remarkable idea “Saving Our Planet In Style” whereby their app named Clozo was introduced.  Through Clozo they would market sustainable fashion with fair pricing to young people.

They faced fierce questioning by the judging panel which consisted of returning Judge Tim Campbell MBE, more widely known as the first winner of Lord Sugar’s The Apprentice and who has now been appointed as an adviser on the show; Annabelle Fry who after a transatlantic career in finance set up her own lettings business, Best-Guest Ltd, Omri Krigel, founder and managing partner of a Tel Aviv based venture capital firm and a seasoned entrepreneur, Tim Levene creator of Crussh in Canary Wharf in 1998 and later launched Flutter.com which has since merged with Betfair.com and Ella Mills an award-winning cookery author, entrepreneur and a champion of plant-based living and has since opened a restaurant in London and launched over 40 plant-based food products into 7,000 stores across the UK and Europe. They were also under the scrutiny of the wider audience which consisted of various entrepreneurs and corporate employees who also posed their very own challenging questions to which our students responded confidently, articulately and thoroughly.  Needless to say, the judging panel together with the audience reached the same unanimous decision!

A huge thank you to The Worshipful Company of Grocers for kindly providing our students with this fantastic opportunity and to the team’s brilliant mentors at both Velox Capital and BBH who very generously gave their time and advice.  Our thanks too and congratulations to the other teams who competed on the night, Chelsea Academy and Kingsley Academy who both delivered exceptional presentations with excellent ideas.  They made the competition fierce and we look forward to meeting them all again in next year’s competition.

Next stop, the Grand Final which is taking place on Tuesday 31st January at Mansion House and is being hosted by the Lord Mayor.  Here our team will complete against the other finalists of the Drapers, Merchant, Taylors’ and Haberdashers’ Academy Awards. 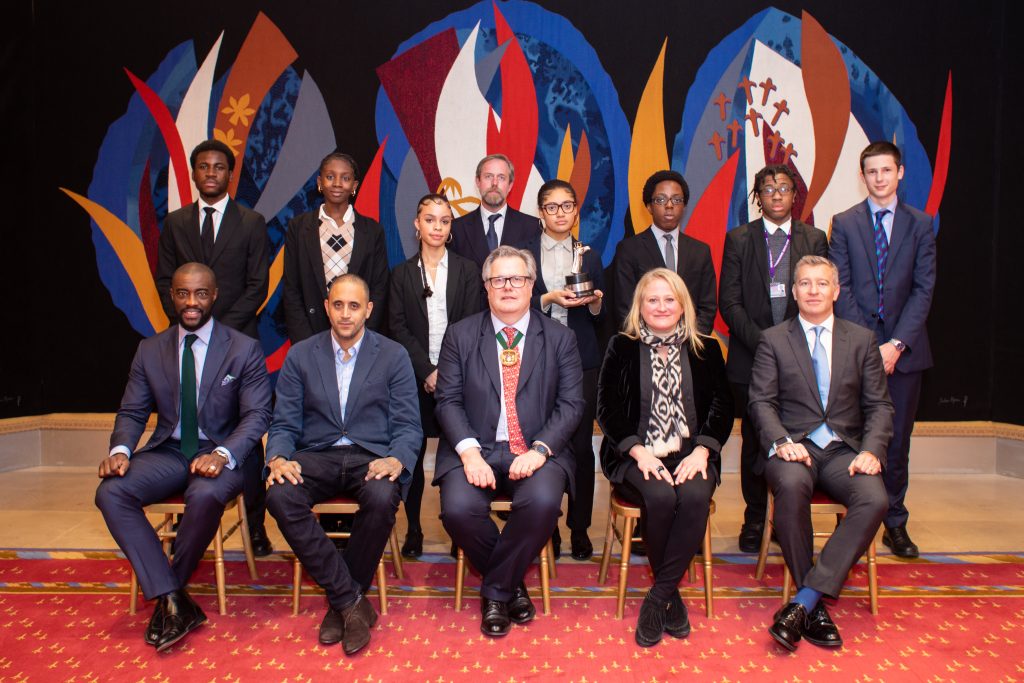